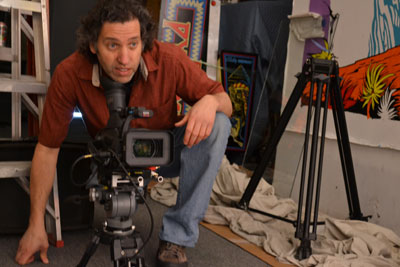 This weekend I got to return to the Pacific Pinball Warehouse to film some material for a piece on the Clear Pinball games created by Wade Krause, Michael and Christian Schiess, and others at the PPM.  DP Charlie Kuttner (who also worked on PBDG) and I were trying to capture some of the magic of the visible games. 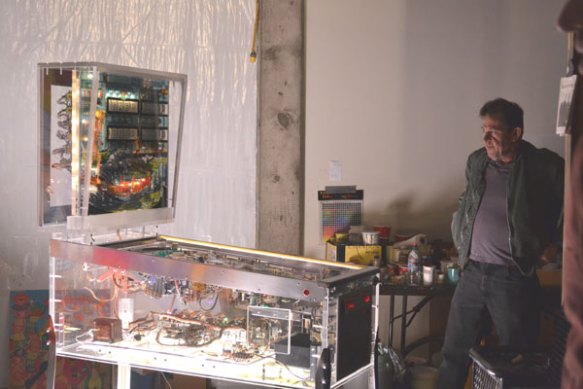 They are pretty magical. 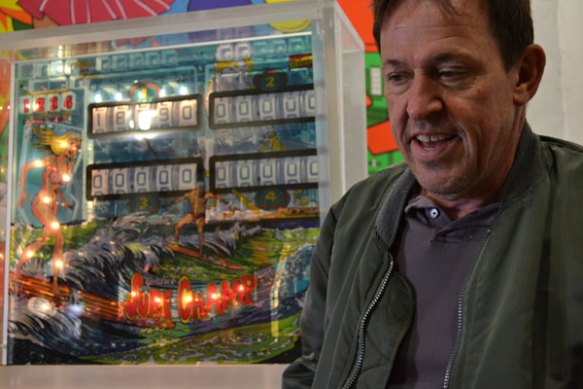 Michael has been such a huge supporter of PBDG — I’m really excited to be working on this small video for him and the museum.  It will be included in the bonus material of the PBDG DVD.

It’s tricky to light all the reflective surfaces in the games, especially the clear pins.

Unfortunately manipulating the playfield directly is not only the way to get the sounds that I want for the footage, but also the only time I ever get a free game ;). 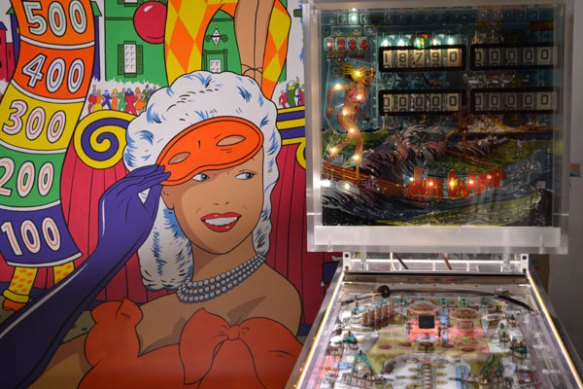 Even the new artwork in progress at the warehouse is impressed by Surf Champ’s beauty.